The Ivrea’s Orange Battle is a dense ceremonial folklore of legendary historical evocations, which takes place in Ivrea during the last three days of the carnival, that on Sundays, Mondays and on Shrove Tuesday. This event is a tourist attraction for thousands of visitors since its origin in this city has the spectacular Battle of the Oranges.
This historic ceremony was probably born in the nineteenth century, when it began to be practiced of playful skirmishes between cars and people on the balconies, close to the main historic streets of Ivrea,
perhaps mocking the ridiculous alms bean advancing during the fat “fagiolate” the wealthy during the Middle Ages. Initially, in fact, it used to only pull beans from the balconies, and the topography of the old town lent itself, and still lends itself very well to this type of “communication” between the houses and the streets below.
Then tells, the launch of fruit or vegetable from the balconies even by corteggianti or girls courted by the wayfarers below; they were also used lupins, sugared almond, confetti or flowers. It is not clear the passage with the shot of oranges and then later to the birth of the Battle of the oranges, but it was probably considered a fruit “exotic” as courtship, coming all the way from Nice.

The tradition of the Battle of the Oranges body taken to symbolize especially the passionate color of blood spilled by the historical past revolutions and wars, which marked the city in an entirely renaissance style. It was only after World War II who officially formed the first teams of orange throwers on foot, and they prepared the so-called first wagons by jet.
The initiative was immediately reported to the historical and legendary carnival context, establishing that the carts were to represent the well-armed handpieces of minions under the command of the tyrant, and that teams on foot had to be understood as ordinary folk bands in revolt. The Battle of the Oranges became so also the symbol of the struggle of the people against the nobility.
Orange Battle is the reproduction of the Battle of the Oranges, the game includes all the squares, the place of the shooting and all the teams participating in the ceremony. The squares of the Battle of the Oranges are: Piazza di Città, Ponte Borghetto, Piazza Ottinetti, Piazza Freguglia and Piazza Rondolino, which is divided into three zones, the first of the Panthers, the second of the Devils and the last Mercenary. The first team, Spades, born in 1947, later formed other eight teams: the Death of the Arduino Scorpions, the Tuchini, Chess, the Panthers, the Devils, the Mercenaries, and then there are the Credendari, which patrolling the streets. 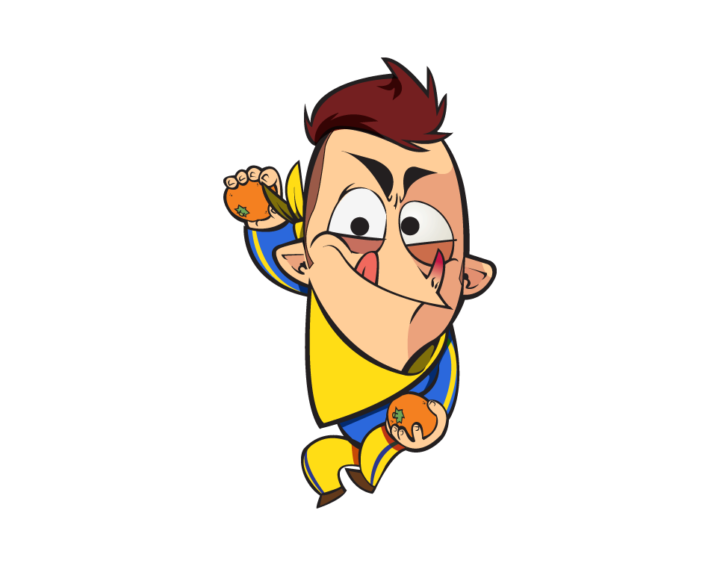